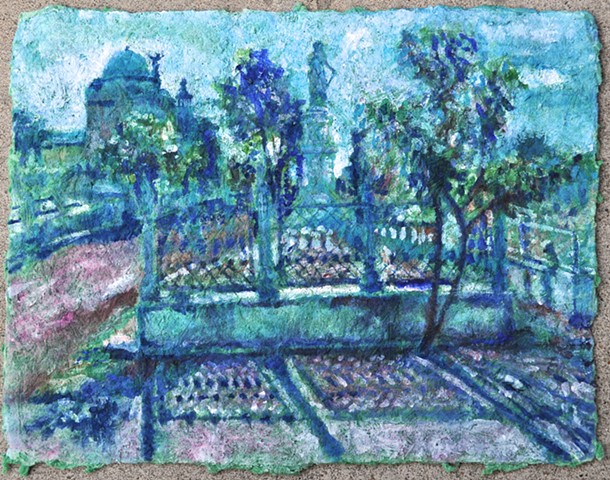 One day I was looking at a thin shadow cast on a wall. I think it was a floor lamp that cast the shadow. The light was not on. It was early evening light. I thought that the shadow just happened and no recreation of it could be as good. Now I remember more: the sound of the highway from open windows, that it was a breezy evening, and that I felt relaxed and was lying down. I remember events before and after the shadow on the wall. Maybe the importance of the shadow does not lie in the experience of witnessing, but rather in its role as an anchor in my memory of a more expansive period of time.